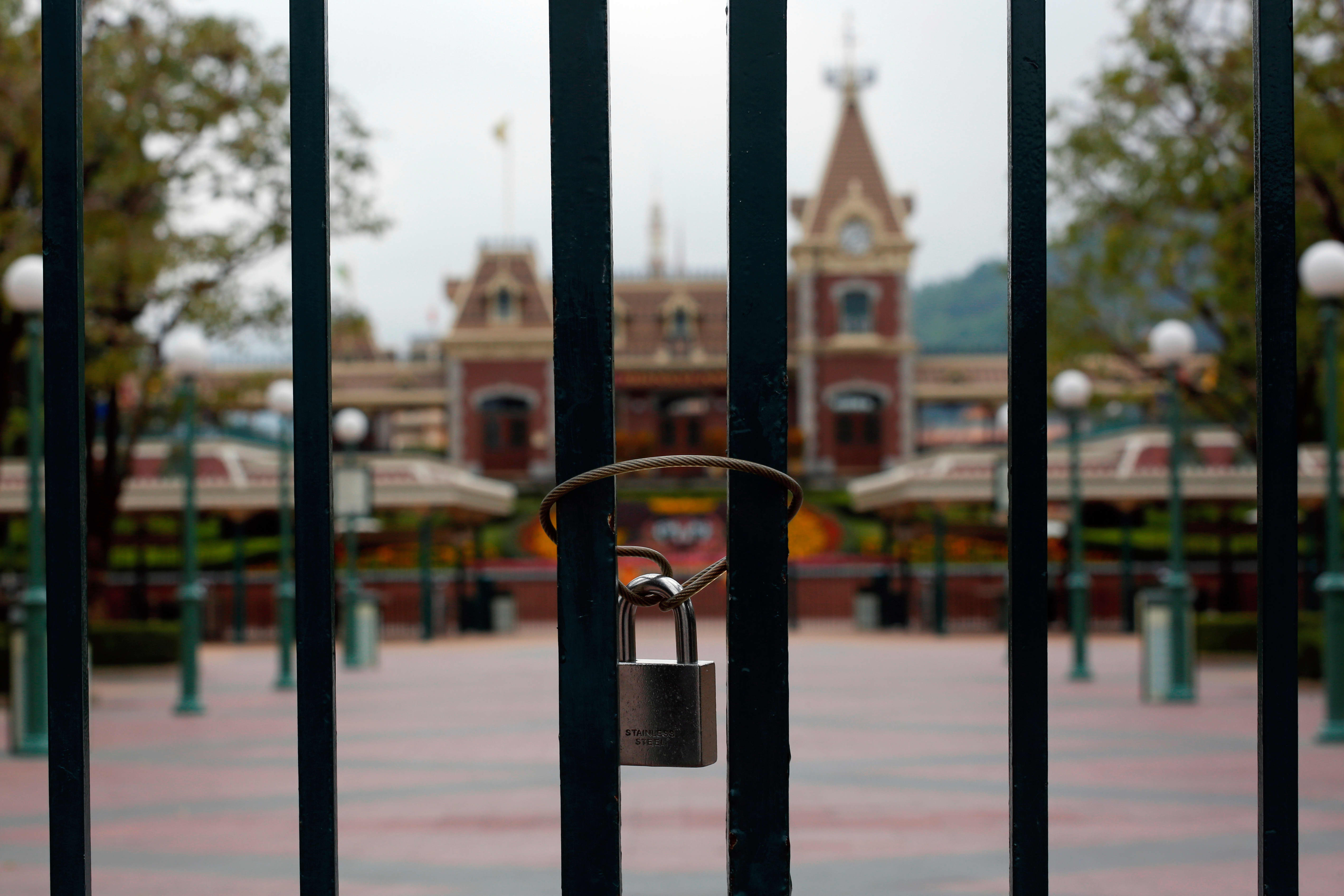 A locked gate is seen after the Hong Kong Disneyland theme park has been closed, following the coronavirus outbreak in Hong Kong, China January 26, 2020.

Disney’s Hong Kong-based theme park will finally be permitted to reopen this Friday, two months after it was forced to shut down for a second time due to the coronavirus pandemic.

Hong Kong relaxed a number of Covid-19 restrictions last week after testing of nearly 2 million people in the region, and finding only 42  cases of the virus.

Walt Disney only holds a minority stake in the park, while Hong Kong holds the majority stake. Guests will be required to wear face masks and all indoor live performances will be canceled. Additionally, the park will be closed initially on Tuesdays and Thursdays.

While the reopening of Hong Kong Disneyland is a positive development for Disney, it underscores how difficult it has been for the company to reopen other parks, particularly in the U.S.

Florida allowed Disney World to reopen its theme parks in July, but the company’s two parks in California have been closed for more than six months. There were plans for the Anaheim-based locations to open in July as well, but a spike in Covid-19 cases led California to retract guidelines.

The closure has been a tough financial blow to Disney, which makes most of its parks revenue from its U.S.-based locations. Disney’s stock, which has a market value of $229 billion, has fallen 12% since the start of the year. Shares were up about 1% in trading on Tuesday.

Disney’s theme parks are part of a broader segment called parks, experiences and consumer products, which also includes its hotels, cruise lines and merchandise. Last year, this segment accounted for 37% of the company’s $69.6 billion in total revenue.

Head of Parks Josh D’Amaro was quick to note that more than 80,000 people rely on the company for employment in the area, during a Disney Parks update with media on Tuesday.

“To our California government officials, particularly at the state level, I encourage you to treat theme parks like you would other sectors,” he said. “Help us reopen. We need guidelines that are fair and equitable to better understand our future and chart a path towards reopening. The longer we wait, the more devastating the impact will be to the Orange County and Anaheim communities.”

The media update was a way for Disney to highlight its success at its Florida parks and internationally in Paris, Shanghai and Japan, as well as to showcase the updated safety measures it has in place already. These policies include requiring masks, having sanitation stations widely available, online mobile ordering for meals and cashless pay.